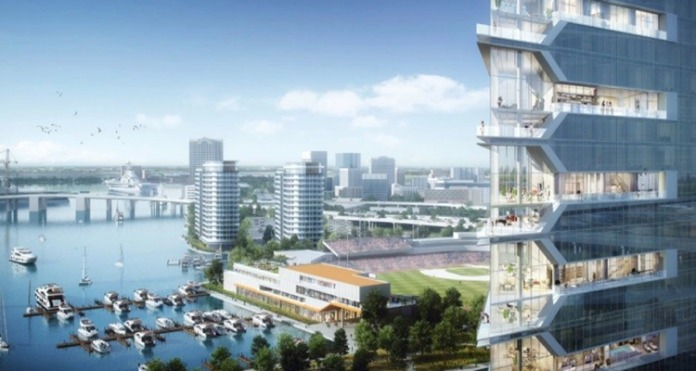 The Pamunkey Tribe is pursuing a project in the state of Virginia that would see a casino constructed, a development with a price tag of $700 million. The tribe has been in the market for an area to create their development, having now moved their sights to Norfolk. The local community have been receptive of the plans and welcome a gaming component to the area.

Chief Robert Gray stated in a letter that the city of Norfolk has been very welcome, from day one. The community seemingly had no problem with the tribe bringing a resort to the region with a casino element. Norfolk Mayor Kenneth Cooper confirmed the positive outlook on the development, stating that the tribe has a connection to the area as they are located near the border of North Carolina.

Mayor Cooper released a statement on the subject which read: “Our city is welcoming, inclusive and has momentum created by years of strategic leadership and vision. The tribe’s decision validates Norfolk as an emerging destination for tourism in the mid-Atlantic, and the center for entertainment in Hampton Roads.”

For the tribe to create a casino resort in Norfolk, they would have to obtain land and then place the land in a trust. The land must be placed in a trust to be compliant with the Indian Gaming Regulatory Act, a process that can take many years to complete.

According to Chief Gray, the tribe would like to negotiate a gaming compact that would allow for Class III offerings. This would include slots, card games and more. Under Virginia state law, the lottery, horse racing and bingo are legal. Lawmakers are looking to legalize full-scale casino gaming as well as sports betting next year.

The tribe is located just outside Richmond, with consideration having been given to an area between the capital city and the reservation. The local community near the site were not happy with the idea and showed opposition towards the tribe’s initial plans. The Pamunkey Tribe now hopes to move forward in Norfolk with their plans for casino gaming.