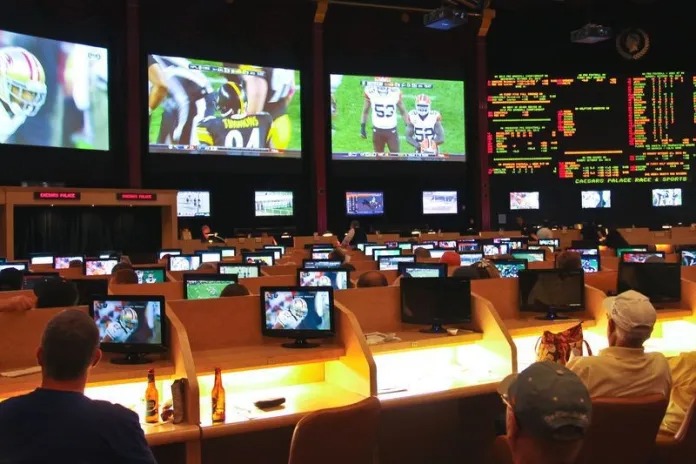 A top Nevada sports book operator is in hot water once again with regulators, and this time it will have to dismantle its systems used to facilitate wagers.

According to a complaint and settlement posted last week to the Gaming Control Board’s website, CG Technology, formerly known as Cantor Gaming, has admitted to accepting online-based wagers from gamblers across the country, which was in violation of Nevada casino regulations. State officials said the company self-reported the betting activity.

The result is a $250,000 fine, as well as the firm being ordered to cease using its own technology and equipment. CGT can remain in business, but it must now use a third party tech and equipment manufacturer. Within six months, “CGT shall permanently discontinue the use of its sports pool wagering system and all of its components,” the GCB said.

In November 2016, CGT’s mobile wagering system allowed a gambler in Maryland to place a bet. Despite the firm making “software modifications to the geolocation functionality” of its systems, in April 2017 CGT allowed bets from gamblers in Texas, Arizona and California.

“CGT’s conduct […] constitutes a failure to comply with or make provision for compliance with all federal, state and local laws and regulations,” the complaint said.

The U.S. Supreme Court in May of this year ruled to allow all states to legalize and regulate sports betting. Prior to that ruling, single-game sports gambling was illegal outside of Nevada.

Furthermore, the complaint said, CGT engaged in a pattern of accepting wagers on sporting events that were concluded. In May 2016, CGT accepted bets on MMA and boxing matches “during and after the conclusion of the matches.” In October 2016, CGT took nearly three dozen bets on a college football game after it was finished. A year later in October 2017, CGT took nine bets on another NCAA football game that had been completed.