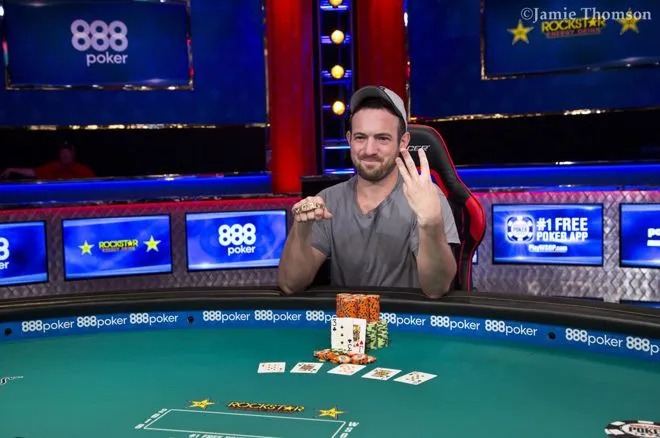 “It’s tough to win any no-limit event,” he told the WSOP. “You have to get really lucky and I ran really well. There were points in the tournament where I could’ve easily been on the sidelines.”

“There’s a much different dynamic at the final table than while playing through the tournament,” said Cada, about his ability to survive slow stretches and up winning three straight shootout rounds. “I just stayed patient and hopefully [would get] a rush of cards at the end, when the blinds were big.” That’s indeed how it played out, with Cada coming out on top in huge pots against both Phillips and McKeehen, who between them held the lead for most of the final day’s action.

In the hand against Phillips that essentially decided the event, Cada paused just for a beat or two before calling Phillips’ all-in shove. “I knew it was a call,” he said, “playing so many heads-ups and so many simulations. The stakes were high. I wanted to give it a couple of seconds. It was for over thirty big blinds, it was a big pot, but ultimately I knew it was a call.”