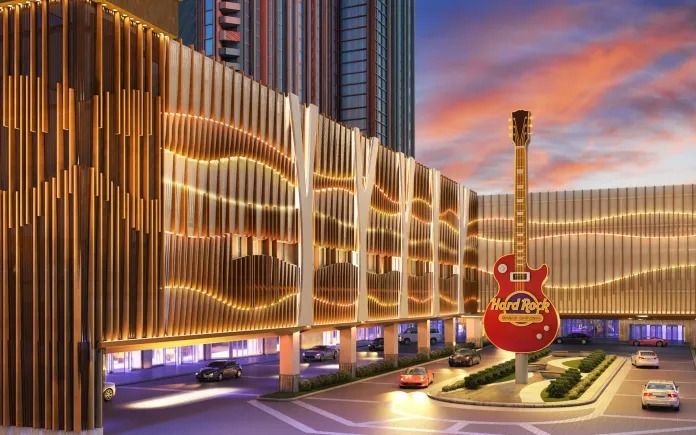 Hard Rock now accepts bets on the HardRockSports.com website. Bettors who are located within New Jersey’s borders are able to wager on different sports, including football, basketball, hockey, and baseball. The property is preparing its equipment and system for full start of sports gambling operations ahead of next Sunday’s Super Bowl. Hard Rock also hopes to launch its physical sportsbook before the February 3 game that will see the Los Angeles Rams go head to head with the New England Patriots.

Property officials told media outlets that an announcement regarding the in-person sports betting facility at the casino should be expected in the coming days.

Hard Rock is probably the last Atlantic City casino to go live with sports betting. Of the city’s nine operational casinos, Hard Rock and Caesars were the only ones to lag behind and not launch wagering services shortly after the practice became legal in New Jersey. It is believed that Caesars does not plan to start sports betting operations as its gamblers can easily wager at its sister Boardwalk property Bally’s.

Although Hard Rock actually commenced online betting operations on Saturday, the first indication that something was going on came Friday night when a press release by its betting partner Gaming Innovation Group announcing the launch of their jointly operated betting website was mistakenly released ahead of time. The Malta-headquartered online gambling group will also power Hard Rock’s physical sportsbook.

Hard Rock is joining a booming betting market that handled more than $1.2 billion in wagers in the period between mid-June, when New Jersey’s first sportsbooks opened doors, and December 31, 2018. The state’s operational sportsbooks and digital betting operations generated revenue of a little over $94 million during that period.

New Jersey was the second state to go live with sports betting following the May 2018 SCOTUS decision that struck down a federal ban on the activity, being outpaced only by Delaware, which launched full-scale wagering services a couple of weeks after the landmark Supreme Court ruling. Five other states have jumped on the betting bandwagon since then and several more are expected to join in in the coming months.

Hard Rock was one of two casino resorts to open doors on the Atlantic City Boardwalk last summer, the other one being Ocean Resort Casino. Florida gaming and hospitality giant Hard Rock International bought the former Trump Taj Mahal in the spring 2017 and invested more than $500 million to transform it into what it is now.

The property managed to establish itself quite quickly as a major player in the New Jersey gambling space, unlike its rival Ocean, which has lagged behind its Boardwalk rivals since day one. News emerged earlier this month that the underperforming property, formerly known as Revel, was sold to a yet-to-be-revealed owner.