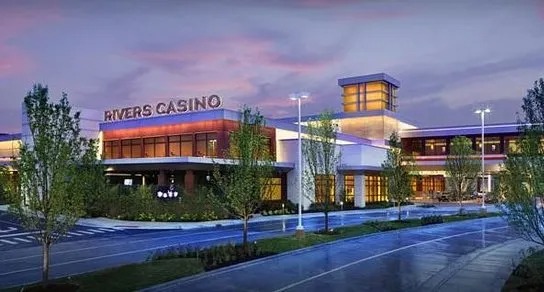 The Louisville-based casino and racetrack owner wants to acquire 62 percent of Rivers Casino in the northern Chicago suburbs. The Chicago Tribune is reporting that Churchill Downs proposed the stake in Midwest Gaming Holdings, the casino’s parent company, for $407 million.

The move by Churchill Downs indicates that at least some of the gaming giants in the country are optimistic about new gambling legislation passed in Illinois. The state government is strapped for cash and hasn’t had a balanced budget since 2001. Officials hope to tap into tax revenue from the hundreds of millions that would be wagered on sports in the state.

“We are thrilled to have Churchill Downs become our partner in Des Plaines, because they share our vision for the future of Rivers Casino and our commitment to our team members, community and guests,” said Greg Carlin, CEO of Midwest Gaming in a statement to the Daily Herald.

The proposal heads to the state’s gaming board, who will vote on the agreement today.

Those involved in the deal expect it to be finalized before the first half of the year. There are no warning signs to indicate that the deal wouldn’t go through.

If sports betting legislation is passed, it’s expected that the state’s riverboat casinos would turn around the downtrend in revenue that its seen over the last decade. The numbers were at their peak in 2007 with $1.98 billion in revenue before sliding all the way down to $1.37 billion last year.

The Sports Wagering Act, SB 0176, is already in the state’s senate subcommittee on gaming, and it is expected that Rep. Mike Zalewski will introduce another bill to the house. Zalewski told The Tribune that he favors lower sports betting taxes like New Jersey implemented last year.