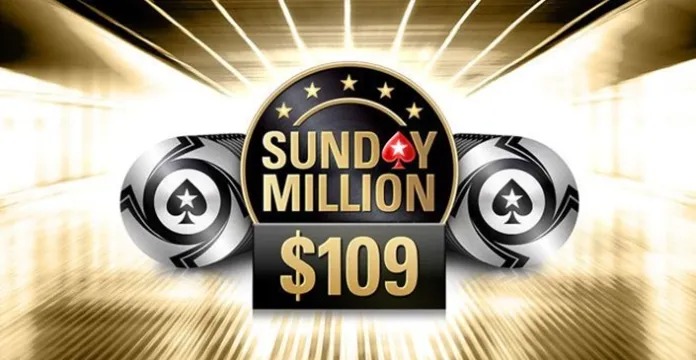 It looks like it’s game on in the partypoker/PokerStars battle for top dog in the online world, PokerStars announcing a cut-price Sunday Millions buy-in as they attempt to drag players back from their rivals!

The Sunday Millions on PokerStars has become something of an institution for players and the Red Spade site alike, but now the buy-in has been cut from $215 to just $109, with the guarantee remaining at $1million.

The past year or two has seen partypoker offering amazing online tournaments and live events to rival the best out there, and it was probably only a matter of time before PokerStars had to indulge in a ‘supermarket wars’-style approach – the Sunday Million action perhaps the first blow.

With the buy-in change being permanent, the poker community is abuzz with excitement at what this will mean for players – and the site – with PokerStars needing to draw in 10,000 players to meet their guarantee.

Questions are already being asked about whether the top prizes will remain the same or not (usually $100k+ to the winner) or whether a flatter payout structure will appear.

Since its inception 13 years ago, the $215 has been the go-to Sunday biggie for many of the world’s leading online players, and a ton of regs and recs alike.

However, with partypoker breathing down their necks with their own Super Sunday special and a never-ending supply of other series’ for players to jump into at the weekend, it seems that PokerStars have decided to up the ante a little.

The Sunday Million will still be the only tournament offering a weekly $1million guarantee – and PokerStars will be taking an extra bit of rake from the newly-designed buy-in if they hit their targets – but they’ll have to hope the permanent nature is reflected in players permanently turning out in huge numbers.

With some of the prestige value gone – or perhaps diluted – by the unexpected changes to the Sunday Million, that may not be as easy as it looks on paper.