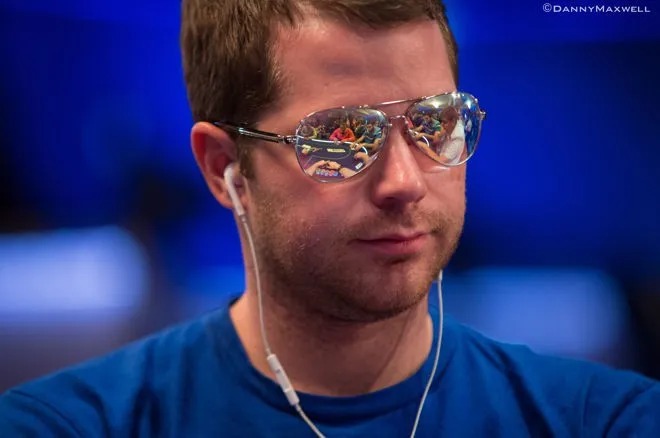 The 2016 World Series of Poker is coming soon and I’m looking forward to spending another summer in Las Vegas playing tournaments and cash games. This week I have another hand from last year’s WSOP to discuss, this one coming from a $1,500 buy-in no-limit hold’em event.

As I mention in the video, it’s often hard to get value with your good hands from out of position — and it’s hard to bluff with your bad hands from out of position, too — which makes playing with position always preferable. Here, though, a tight-passive player raises from middle position and gets a call from the cutoff, and I call as well from the BB, looking to proceed cautiously.

I flop top pair and it checks around, then improve to two pair on the turn as the board shows

I check the turn, the initial raiser bets, and the late-position caller sticks around with a call, presenting me with another interesting spot in which a check-raise appears in order. Take a look at what I do and what happens next, and hear my explanations as the hand proceeds:

The big decision here was not being too eager to lead with a bet on the turn after making two pair, but checking instead (and getting to play a big pot as a result).