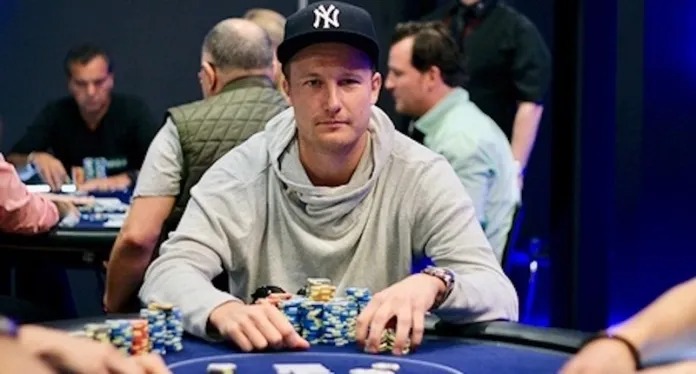 Sweden’s Christian Jeppsson wins the latest online WPT Main Event on partypoker. He defeated a field of 2,130 entries to win the $3,200 buy-in WPT Online no-limit hold’em main event on partypoker. The Swedish gamer struck a deal heads-up that saw him gain $923,786 and a place in the background publications as the initial player to put his name on the WPT Champions Cup by winning an on-line event after he beat Viktor Ustimov to secure the win.

By the time final table of eight was set, Jeppsson had taken the lead, with high-stakes regular Sam Greenwood hot on his heels. Greenwood got off to the worst possible start, though, losing a massive preflop race for one of the largest pots of the tournament just moments after play resumed. Pascal Hartmann raised to 550,00 from the button with blinds at 125,000-250,000 with a 40,000 ante. Greenwood three-bet to 2.2 million with ADiamond SuitKSpade Suit from the small blind. Viktor Ustimov, who won preliminary events during this series, moved all-in for 9,048,972 with QSpade SuitQHeart Suit. Greenwood called and the pocket queens held to earn Ustimov the double up and the chip lead. Greenwood still had nearly 6.7 million in chips leftover, but it was still a huge blow to his chances at his first WPT title.

Pascal Teekens was the first to hit the rail when he ran A-Q into the pocket aces of Ustimov and failed to come from behind. He earned $66,776 as the eighth-place finisher. Greenwood was the next to be eliminated. After falling down to less than 3 big blinds, he got his last chips in with KSpade Suit6Spade Suit in the small blind up against Ustimov’s 8Heart Suit7Heart Suit in the big blind. Ustimov flopped a pair of sevens against Greenwood and held from there to knock him out in 7th place ($103,838).

Jeppsson earned his first elimination of the day by busting Pascal Hartmann, who began the day in third chip position. Hartmann got all of his chips in with JSpade SuitJDiamond Suit u against the AClub SuitQClub Suit of Jeppsson. A queen on the flop gave Jeppsson the lead and he held from there to narrow the field to five. Hartmann earned $151,443 as the sixth-place finisher.

Alex Clark’s run in this event came to an end when he limp-called all-in with A-Q in a battle of the blinds. Ustimov had shoved with A-5 from the big blind and was dominated, but a five on the flop gave him a lead that he never relinquished from there on out. Clark secured for $221,733 for his fifth-place showing.

Nikolay Ponomarev was left as the shortest stack after Clark’s exit. Like many that had come before him at this final table, he was sent packing by Ustimov. The chip leader raised with ADiamond SuitKDiamond Suit on the button and Ponomarev shoved holding KClub Suit8Club Suit from the big blind for around 25 big blinds. Ustimov flopped an ace and that was enough to send Ponomarev packing in fourth place ($317,583).

Jukka Koskela fell below 13 big blinds after losing a sizable pot without showdown to Christian Jeppsson. He got the last of his stack in from the button with AClub Suit6Diamond Suit and was called by Ustimov’s AHeart Suit10Club Suit. Ustimov made tens and sevens by the river to eliminate Koskela in third place ($477,333).

The two battled it out for a while, and by the time the final hand arose, Jeppsson had built roughly a 4:1 chip lead. The hand began with Ustimov min-raising from the button with KSpade SuitKClub Suit. Jeppsson called from the big blind with JDiamond Suit9Diamond Suit. The flop came down QDiamond Suit6Diamond Suit5Heart Suit and Jeppsson checked. Ustimov bet 1,399,200 with his overpaid and Jeppsson made the call with his flush draw. The 7Diamond Suit on the turn completed Jeppsson’s draw and he checked a second time. Ustimov bet 5,000,000 and Jeppsson dipped into his time bank before shoving with his flush. Ustimov quickly called and found that he was drawing dead. Ustimov had to settle for the $865,542 he negotiated for. Check out a video clip of the final hand below in a tweet from the World Poker Tour.