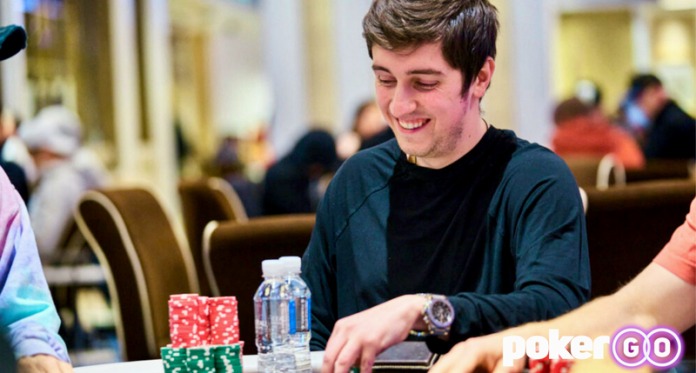 The 27-year-old poker pro’s incredible run from 2021 has carried over to the new year, as he currently leads all poker tournament players in both titles won and final-table finishes. Imsirovic claimed sole possession of the top spot in those categories thanks to victory in the latest $10,500 buy-in high roller held during the 2022 Wynn Millions series. He overcame a field of 60 entries to earn $180,000 and his fourth title of 2022.

In addition to the money and the hardware, Imsirovic also earned a bounty of rankings points for his latest title run. The 360 Card Player Player of the Year points he secured were enough to see him squeak past Jeremy Ausmus to overtake the lead in the 2022 POY race, which is sponsored by Global Poker.

Imsirovic also scored 180 PokerGO Tour points for the win. He now sits in second place on that leaderboard. He is off to an impressive start in his quest to defend both the Card Player and PokerGO Tour Player of the Year awards.

Imsirovic set the record for the most POY-qualified titles in a calendar year with 14 in 2021. He is currently on pace to blow that record out of the water, with one title earned every 16.5 days so far this year. If he somehow maintained his current pace, he would end up with a fitting 22 titles in 2022.

Imsirovic eliminated John Krpan on the money bubble to take a sizable lead into the final table. Cary Katz knocked out short stack Sylvain Loosli (9th – $18,000) to narrow the field to eight. Imsirovic then picked up pocket tens against the pocket eights of 2021 World Series of Poker Europe main event runner-up Johan Guilbert (8th – $24,000) to take another step closer to the title.

Actress, singer, and model Arden Cho’s run in this event came to an end when her A-6 was unable to beat out the pocket queens of bracelet winner and high-stakes tournament regular Sam Soverel. The Teen Wolf star flopped an ace to take the lead, but Soveel rivered a set of queens to take down the pot. Cho earned $30,000 as the seventh-place finisher.

Sergio Aido (6th – $36,000) was the next to fall, with his pocket nines from the small blind failing to hold against the 10-7 that Imsirovic shoved out of the cutoff.

Katz’ got the last of his stack in with K-Q in a three-way pot. Severe short stack Sean Winter flopped a straight with 6-5 to win the main pot, while Matas Cimbolas’ A-9 was good for the side pot. Katz locked up $48,000 for his latest strong showing in a high roller event, increasing his lifetime earnings to just shy of $34.2 million. He currently sits in 15th place in the POY standings.

Not too long after tripling up, Winter ran A-2 suited into the pocket aces of Cimbolas to finish fourth for $60,000. This was his eighth POY-qualified final-table finish of the year. As a result, he moved into 11th on the overall leaderboard.

Sam Soverel committed the majority of his stack preflop with K-10 suited, with the rest going in after a 6Spade Suit2Spade Suit2Club Suit flop. Imsirovic held 5Spade Suit5Club Suit, which remained ahead through a blank turn and river. Soverel hit the rail with $84,000.

With that Imsirovic took roughly a 4:1 chip lead into heads-up play with Cimbolas, a Lithuanian player with a World Poker Tour title to his name. Cimbolas won an early preflop coinflip to close the gap considerably, but Imsirovic was still in the lead when the final hand of the tournament was dealt.

Cimbolas raised to 175,000 from the button with 6Spade Suit5Spade Suit and Imsirovic called with 10Heart Suit6Club Suit from the big blind. The 10Diamond Suit2Spade Suit2Diamond Suit flop drew a check-call from Imsirovic, with Cimbolas’s continuation bet being for 100,000. The 4Spade Suit on the turn saw Imsirovic check again. This time CImbolas fired 450,000. Imsirovic called and the KDiamond Suit hit the river. Imsirovic checked a third time. Cimboolas moved all-in for 1,425,000. Imsirovic thought it over before making the call with his tens and deuces. Cimbolas showed his missed draws and the pot and the title were sent to Imsirovic. Cimbolas earned $120,000 as the runner-up.