Antti Halme is a player who plays poker full time. The 27-year-old is mainly a multi table tournament player who plays online. Halme says his biggest poker accomplishment is a 2nd place finish in the PokerStars Spring Championship of Online Poker where he took second place for more than $180,000 a few years ago. Currently, his live tournament earnings are less than $100,000 but he could easily surpass that number with a victory here in Manila.

Michael Kim Falcon only started playing poker in the last four years, but the amateur says he prefers live tournament poker the best. Despite labeling himself as an amateur, he has over $100,000 in live earnings. When asked what his biggest poker accomplishment was, Falcon said that it depends whether he wins the Main Event or not. Earlier this year he scored his biggest cash ever at the World Series of Poker with a 59th place finish in the Millionaire Maker for $18,950. When it comes to his other interest and hobbies, Falcon said it’s all girls and gym.

Kenneth Buck is the oldest player left at the PokerStars Festival Manila Main Event Final table coming in at 61 years old. Buck says he’s been playing poker for nine years and has a list of live tournament results from all over the Philippines, but not much anywhere else. Currently, his live tournament results only total about $6,000 so no matter where he finishes today he will more than double that figure. Buck says he mostly plays in the Philippines for the bigger events. Buck was formerly a member of the Australian Air Force and has been retired for several years.

Along with Sam Razavi, Mike Takayama also made the final table of the APPT Manila Main Event last year. The 28-year-old Filipino player is a pro who has been playing for seven years. Takayama plays both tournaments and cash. In April of this year, Takayama won the Asian Poker Tour Championship in the Philippines, vaulting him to number six on the Philippines all time money list, which he considers to be his biggest accomplishment. Takayama also has some success overseas with results from the Asia Championship of Poker in Macau. Takayama was a skilled billiards player for eight years before eventually moving over to poker.

Hoa Thinh Nguyen doesn’t have many recorded live tournament results. He biggest cash so far is only for $9,500 for coming second place earlier in the PokerStars Festival Manila in Event #23: P66,000 No-Limit Hold’em Single Re-Entry. Nguyen says he’s just an amateur but has been playing for seven years. When it comes to poker Nguyen is mainly a cash game player and says his biggest poker accomplishment is that one time he won a $65,000 pot. Outside of poker, his interests include girls. If there’s one player at the final table who could be considered the class clown, it’s Sam Razavi. When asked about his biggest poker accomplishments, Razavi said, “One time I played at the same baccarat table as Daniel Negreanu.” The 37-year-old is a pro “luckbox” who has been playing for 13 years. Razavi prefers tournament poker and he has the results to go along with that with a runner-up finish at the APPT Manila Main Event last year for $73,552 and live tournament earnings of over $1.5 million.

To date, this is Tien Than Nguyen’s biggest cash. Nguyen considers himself an amateur that mostly plays live tournaments but he also enjoys playing cash games with his friends as well. Over the course of this year, he has amassed just over $10,000 in live tournament winnings. According to Nguyen, poker is just starting to pick up traction in Vietnam with some poker clubs opening up. When he’s not playing poker Nguyen is a business man who works in finance and he works part time as a teacher as well.

At 30 years old, Jaehyun Lim is a Korean born amateur player who is currently living in Angeles in the Philippines. Lim is a part of a crew of players who have come out from Angeles to participate in the PokerStars Festival Manila. Lim says this is his first major tournament and his biggest tournament score ever. He currently owns a travel agency as well as a set of businesses within poker rooms throughout the Philippines. He says his only hobby is poker, as he doesn’t have time for much else.

Uday Bansal is another player who considers himself to be an amateur at the tables. The 30-year-old is the co-founder of a company called SkyBulls which boasts financial advising by artificial intelligence. Bansal previously attended London Business School where he earned a Master’s Degree in business administration and management. He’s been playing poker for the last 7 years and to this date, his biggest poker accomplishment is coming running up in the India Poker Championship for $15,942 in 2015. 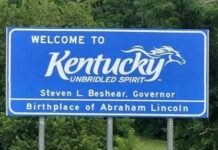 Million Dollar Buy-In Big One For One Drop Returns To World...