The Vice Chairman of the Casino Commission of the Commonwealth of Northern Mariana Islands expressed doubts that Hong Kong investor Imperial Pacific International (IPI) would be able to complete the planned initial phase of its Saipan casino resorton time.

The developer has previously promised to complete construction on that portion of its massive resort by October 2018. However, recent occurrences of inclement weather delayed work significantly as shipment of materials was hampered. In addition, the recent death of a construction worker resulted in further issues surrounding the luxury complex’s construction as the US Federal Bureau of Investigation launched a probe into the unfortunate event.

Joseph Reyes, Vice Chairman of the local gambling regulator, said that he does not believe the operator would be able to meet the October 2018 deadline. Earlier this year, IPI was given a 16-month extension to complete work on what would be the very initial phase of its resort.

According to the Casino Commission official, the developer is still struggling with finding workforce for the complex. Mr. Reyes further pointed out that the planned building is quite tall and that there are not enough construction workers in the Commonwealth with experience in building properties of this kind. The gambling official praised IPI’s efforts to find additional workforce and eventually meet the deadline, but reaffirmed his stance that this is not likely to happen.

WIll IPI Be Sanctioned if It Fails to Meet the Deadline? 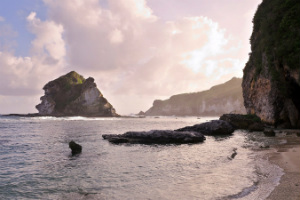 Mr. Reyes explained that if the developer fails in meeting next year’s deadline, its Casino License Agreement with the Commonwealth will once again have to be amended, just as it was this spring when IPI was granted the extension.

However, the Hong Kong-listed investor will not be imposed sanctions if construction work is not completed in October 2018. Under the agreement between IPI and the Commonwealth, the company will have to complete Phase I of the expensive project in August 2023. The resort will have to be fully operational by August 2028. Mr. Reyes said that if the above-mentioned two deadlines are not met, then fines will be imposed on IPI.

Earlier this month, the Hong Kong group revealed that it has already invested around $500 million into the Commonwealth and that it has become its primary investment interest. IPI also explained the construction is currently 62% completed and that the deadline extension will be met in case no further hampers occur.

Imperial Pacific Resort Hotel is currently under construction in Garapan, a small tourist village located on the Saipan Island. The complex will have a total area of 140,000 square meters and will include multiple gaming, entertainment, retail, and food and beverage facilities as well as a 14-story hotel tower. The hotel portion of the resort will feature 340 suites and 15 deluxe villas. As for the casino floor, it is planned to offer over 200 gaming tables and 350 slot machines.

Hand Review: Would You Fold a Set Deep in This Tournament?