A poker buddy recently was telling me about a mutual acquaintance of ours who also plays. This fellow was talking with my friend about the importance of paying attention at the table, even after you’ve folded a hand.

“People are always on their phones, being distracted,” the guy said. “They miss so much.”

The point, generally speaking, was a good one. I think we can all agree there is a lot worth observing that can be useful to you later on if you put down the phone and watch the action after folding a hand.

However, as this fellow went on with his point about staying focused and attentive at the tables, it became clear he was talking about something a little different than what my friend and I — and you, I hope — are thinking about when we say we should be more observant at the tables. He described a hand in which he had folded {10-}{4-} to a raise, then watched the action subsequently unfold involving two other players. The flop had come {K-}{4-}{4-}, he explained, pointing out how he would have made trips and perhaps won a big pot if he hadn’t folded the hand.

“If I weren’t paying attention,” the guy explained, “I’d have never known!”

We laughed at the story, which in a way illustrated a couple of important points about where we should be focusing our attention when at the tables. And where we should not.

Don’t Focus On What Doesn’t Matter
One of those points, of course, has to do with the utter uselessness of the information upon which our mutual acquaintance was focusing.

I don’t know the exact details of the hand or the players involved, but I’m going to assume folding {10-}{4-} to a raise was probably the correct preflop play for him to have made. The fact that two fours fell on the flop hardly changes that.

Among novice players, this is actually a not uncommon mistake to make — placing inordinate emphasis on non-relevant, future events when judging past decisions. Sure, if we knew we’d hit trips with our lousy starting hand we would gladly call a raise before the flop with it. But that’s impossible and not at all germane to the actual decision we made.

Even players who know better sometimes spend too much mental energy on these “woulda, coulda, shoulda” ways of thinking — say, when folding in more marginal spots then seeing that if they hadn’t folded, good things would have happened. In those situations it becomes a little harder sometimes to resist thinking about the big pots that might have been won had we not let our hands go.

But again, the next community card that arrived after the fold wasn’t part of the information available to us at the time the decision had to be made. Sure, it’s hard to avoid thinking about, but it isn’t relevant.

Focus on Others’ Actions
That highlights the second, more important point about paying attention at the tables. We’ve put down our phones and we’re watching the action intently. But what exactly should we be focusing on?

There are a lot of specific answers to that question we could list, but most of them can be derived from a single idea. After you’ve folded, rather than ruminate over your own decisions, concentrate as intently as you can on the decisions everyone else is making right in front of you. Also, as you watch players folding, calling, betting, or raising, think about how those actions fit into the larger patterns they have been demonstrating since you first sat down with them.

This kind of observation of others can help you profile opponents as stronger or weaker, aggressive or passive, tight or loose, and so on — all of which will be useful when you later find yourself playing hands against them.

Make Special Note of “Unexpected” Actions
I also like to pay attention to situations in hands where circumstances suggest one action to be likely, but the player does something else. These kind of “unexpected” plays can sometimes be more revealing than others. In other words, of all my opponents I’m asking questions like…

Who is calling when they might have folded? A player opens from middle position, the player in the next seat raises, and it folds to the player in the big blind who calls the three-bet. Is this a passive, loose player, as the cold call seems to suggest?

Who is betting when they might have checked? A player defends his big blind by calling, then leads out with a “donk bet” on the flop. Is this a weak player, or is the player making a thoughtful leading bet?

Who is raising when they might have called? A hand reaches the river and it gets checked to the aggressor who decides to bet one-fourth of the pot, gets called, and shows down second pair — a hand with which the player might have checked back. Is this a strong or aggressive player creatively seeking thin value?

Conclusion
Notice how the general questions lead to more specific ones, which hopefully can get answered by observing the same player play more hands. That’s the internal dialogue I find myself having when I’m most genuinely focused and attentive at the tables — kind of an ongoing “Q & A” about everyone else.

I’m reviewing my own actions, too, judging as well as I can whether or not I’ve made good decisions while also thinking about what my patterns might be suggesting to others about my style or ability. Even so, I’m mostly saving for later the more intense self-scrutiny or judgments about my play — that is, when I’m not trying to concentrate on new hands playing out in front of me.

In other words, I’m trying not to spend too much energy at the tables fretting over decisions I have made. And none at all focusing on flops I would have hit had I played that {10-}{4-}!

Your Guide to WSOPC Caribbean at Casino Royale 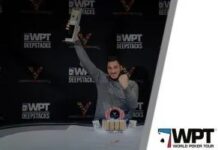 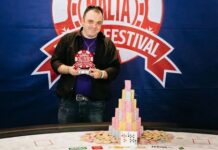 How Can You Use Play Money Poker to Make Money Playing...