One of my favorite memories from my years living in Las Vegas had almost nothing to do with poker. I joined a pub trivia team. We did well enough to advance to the city-wide finals. Eleven teams were competing for three cash prizes. Even after the tiebreakers, we were tied with another team for third place. The emcee announced that it would be settled by a game of Rock-Paper-Scissors, or “Roshambo.”

You know the game, I trust. Following a count of three, two players simultaneously “throw” their choice of either Rock (a fist), Paper (a flat hand), or Scissors (two fingers), with rock beating scissors, scissors beating paper, and paper beating rock.

I had done some reading on RPS strategy, because it turns out to have some deep connections to poker strategy. One of the most basic facts is that inexperienced players tend to go Rock on their first throw. This tendency is particularly pronounced among males. (Perhaps they naively believe, like Bart Simpson, “Nothing beats Rock.”)

As our team representative stood to go to the front of the room for the contest — which consisted of just a single throw — I whispered to him, “Go with Paper.” He did. The man from the other team went Rock, per the stereotype, and we won the money.

I’m reminded of this now because I just learned of a major new piece of research on RPS. It was published in February in Nature, one of the most prestigious science journals in the world.

The study pitted human players against a computer opponent. The results can be summarized with these bullet points:

The human players threw Rock more than Paper or Scissors.
After a win, players tend to stay with the same selection for the next throw.
After a loss, players tend to switch — and they preferentially switch to the choice that would have won in the throw they just lost. E.g., after playing Rock and losing to Paper, they switch to Scissors, which beats Paper.
After a draw (when both players throw the same), players tend to switch — and again they preferentially switch to the choice that would have won in the draw. E.g., after a Rock-Rock draw, they switch to Paper, which beats Rock.
This makes perfect sense from the standpoint of basic human psychology. After feeling the sting of a loss, we don’t want to repeat it, so we make a different choice. When there are only two other options available, of course we’ll tend to choose the one that would have won if we had played it in the round just finished. It looks like a winner, so that’s what we go with. It’s also a way of feeling like we’re correcting a mistake. Read Full article @pokernews.com by Robert Woolley 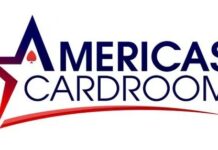