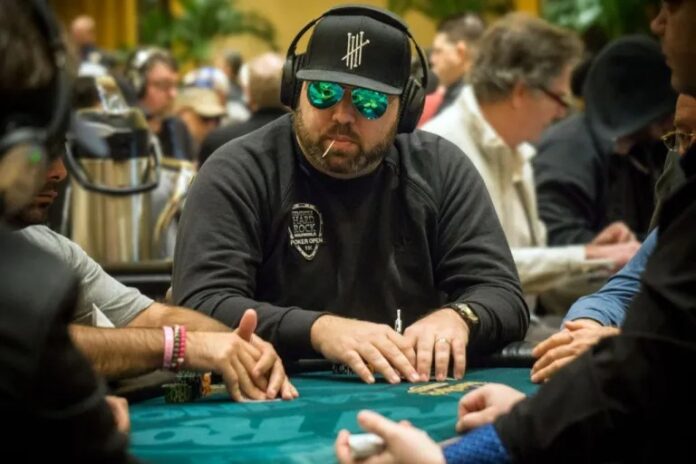 Many of the best poker players in the world are the ones who play professionally. These men and women have managed to turn a card game many play for fun into a living – making them some of the best people to go to for poker advice.

The following five poker gambling tips from Arshad “Sheddy” Siddiqui, a professional poker player based in South Florida who plays in tournaments across the country, can help take your game to the next level – whether you’re playing in-person or online. And with the new playMGM poker and casino apps, you can play anywhere in New Jersey for real money. It’s safe, secure and completely legal.

Ready to try your luck? Here are a few smart strategies to keep in mind during your next game.

Of course, you don’t want to quickly run out of the money you’re bringing to the table. You want to make it last, and you also want to grow it.

To stay in the game, Sheddy said to make sure the stakes you are playing are affordable in the long term.

“Every now and again when you are feeling confident and might be on a ‘hot’ streak, it’s fine to ‘take a shot’ at higher than normal stakes for you,” he said. “But remember that poker is one long game and the cream will rise in the end.”

By the same token, however, Sheddy warned against playing stakes that are too small for you to take the game seriously. Because if the stakes don’t mean much to you, it can be difficult to learn from your mistakes and “impossible for you to make progress in the long term.”

So be sure to keep in mind how much money you have in chips, and to let your chip count influence your actions during every hand.

It’s important to get to know your opponent so that you’ll know what they are capable of. In fact, Sheddy went as far as to say that working to learn their tendencies is vital to your success.

While it may seem easier to learn an opponent’s habits and potential weaknesses when you’re in-person and can look them in the eye, you can also get to know your counterparts pretty well while you’re playing online.

“When playing online, I’d learn more towards timing,” Sheddy said. “If [your opponent] acts fast when they’re strong or fast when they’re weak, that’s one way to start knowing how they tend to play. See how they react when they get raised. Do they call all the time? Do they four-bet you? Things like that will kind of give you a scope of what they’re capable of, so you’ll be able to predict how they’re going to react a little better, and you can act accordingly.”

For example, if you learn that an opponent rarely bluffs on the river in a game of Texas Hold ‘Em, you can fold a marginal hand if they bet big at that point in the hand.

3. Start from a tight baseline

In the simplest terms, playing from a tight baseline essentially means playing conservatively. Doing so during the earlier hands of a game helps you figure out the table and your opponents. It can also influence a player’s perception of you, which can work in your favor.

“In the beginning it’s more beneficial to play tight, and if you’re playing at the same table with the same players  they’ll view you as conservative, and eventually you can get away with more,” said Sheddy. “It’ll allow you to bluff later on.”

According to Sheddy, it’s much easier to work off a tight baseline as a playing style than a loose or wild one. “It will get to a point where [your opponent] will be exploitable later on in the session, which will mean more profit,” he explained.

4. Focus on one type of game at first

When you’re playing online poker, your choices are generally split for the most part between tournaments and cash games. Sheddy suggested concentrating on one or the other when you’re a beginner, learning one to the extent that you always feel comfortable when you are playing a session.

In cash games, you would exchange money for chips – usually purchasing as much in chip value as you want within the parameters of a minimum and maximum buy-in amount. In tournaments, everyone generally buys in for the same amount of money, and everyone is given the same amount of chips.

But how do you choose?

“If you feel you are a conservative player by nature, I would recommend starting with tournaments,” said Sheddy. “If you feel like you play lots of hands, start with cash games. Both tournaments and cash games require different skill sets to become consistently profitable at, although there are some skills that overlap between the two disciplines.”

5. Learn the art of value betting

Value betting essentially means betting when you’re confident you have the best hand at the table, and getting paid the hand’s pot by a hand that is slightly worse. According to Sheddy, mastering the art of value betting is one of the most important aspects in poker.

For example, say that you are playing Texas Hold ‘Em and there is an Ace-high board once all five cards have been flipped, and you have an Ace and Queen. In this situation, the odds are definitely in your favor to win the hand and take the full pot, so you can make a high bet.

“If an opponent has, say, an Ace-10, they’ll call, and if they don’t like to fold, they may bet even more,” said Sheddy. “If you’ve learned you’re playing against a more conservative player who doesn’t want to give up chips, I’d bet smaller, but when I have [the best hand] I like to bet it pretty strong.”

Take your new tactics to the tables

Keep these tips in mind the next time you hit the in-person poker tables, or play virtually with playMGM’s new poker and casino apps. You might find that they not only help you have more fun with the game hand after hand, but also that your chip stacks and winnings are piling up higher than they have before!

The Article was published on USA TODAY

No Limit Holdem: Betting for Beginners