For the first time in the 48-year history of the World Series of Poker® there will be live* video coverage of the world’s richest annual poker tournament every day. (*30-minute delay per gaming regulations). Starting with the opening flight on Saturday, July 8, and continuing daily through the event’s conclusion on Saturday, July 22, ESPN, ESPN2 and PokerGO will provide the most comprehensive video account the event has ever seen, as players vie for a first place prize of around $8 million, while competing for approximately $60 million in prize money.

ESPN/ESPN2 will carry an estimated 40+ hours of live WSOP Main Event coverage this year starting with four hours of opening day action on July 8 as well as providing every-hand coverage of the final table during a three-night primetime finale at 9pm ET July 20, 21 and 22.  A final table preview special will air the night prior to the Main Event final table, on July 19 at 10pm on ESPN2. PokerGO, the world’s only live poker subscription service, will cover the WSOP Main Event in tandem with ESPN/ESPN2 to provide an anticipated 60 hours of additional coverage.

“This is poker’s Olympics and we are thrilled that ESPN and PokerGO have joined forces to bring viewers around the globe inside access to our game’s most prestigious event, the WSOP Main Event and the spectacle that it is,” said WSOP Executive Director Ty Stewart.  “We can’t wait to get started on July 8 and look forward to sharing this event with a massive audience.”

Norman Chad, Lon McEachern and Kara Scott anchor all the coverage from the Rio All-Suite Hotel & Casino in Las Vegas, and will be joined by a rotating cast of player analysts throughout poker’s longest-structured event.

The planned schedule of WSOP live coverage on ESPN/ESPN2/PokerGO will look as follows (all times ET):

Additionally, ESPN will air original packaged shows starting in September, bringing the total of hours shown on the network to 130 hours annually—live and taped. The edited shows will take the best live action of the 2017 WSOP Main Event combined with additional unaired footage to tell the full and complete story of how the eventual champion was crowned. PokerGO, the ultimate source for live poker programming, is the exclusive provider of the 2017 WSOP gold bracelet event final table archives now available for streaming on demand, and will also provide WSOP Main Event live coverage on demand within 24-hours after their initial airing.

The WSOP Main Event, originally featuring seven participants in 1970, has grown exponentially and in 2016 featured 6,737 entrants, each paying the $10,000 entry fee and competing for more than $60 million in prize money doled out to the top 15 percent of finishers.  Recreational player Qui Nguyen won the event, pocketing $8,005,310, the richest trophy in all of sports, the $500,000 diamond-encrusted champion’s bracelet and the title of world champion of poker.

The article was published on wsop.com

The amazing final hand of Will Kassouf’s WSOP journey

Charity Poker Night for the Children of Uganda | LAHU-USA 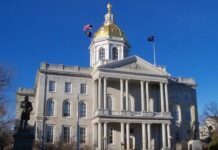 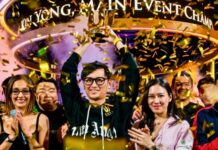 Fedor Holz, Antonio Esfandiari Among 15 Players Selected by Aria to...