“Hero call” is an interesting poker term, usually referring to a difficult river call with less-than-strong hand made by a player who suspects an opponent has something weaker and/or is bluffing.

When the call is correct, the “hero” adjective is apt. When it isn’t, the word is used ironically, referring to a failed attempt at doing something heroic.

The exciting conclusion of the PokerStars.es European Poker Tour Barcelona Main Event featured a dramatic heads-up match between Uri Reichenstein and Sebastian Malec, with Malec ultimately prevailing. Their heads-up battle was marked by several “hero calls.” Even the final hand ended with a call, albeit one in which Reichenstein was strong himself — though not as strong as Malec.

Heads-Up Heroes
Reichenstein started heads-up play with the chip advantage, but after about 30 hands the pair were nearly even with both sitting behind stacks in the 80-90 big blind range. It was then Malec asked Reichenstein if he’d rather heads-up went for a long time or ended quickly.

“We are so deep, it can go on for like hours and hours. Let’s enjoy it,” said Malec with a chuckle, answering his own question.

“I mostly just want to win,” answered Reichenstein with a grin. “I don’t really mind if it’s long or short.”

Malec continued, saying he’d prefer it be long, while his opponent remained noncomittal. “Take it how it goes, I guess,” said Reichenstein.

It would ultimately go long, with the pair not settling things until more than five-and-a-half hours after they began (including a dinner break), ultimately playing more than 130 heads-up hands.

As noted, among the most meaningful hands between the pair were several involving big river calls in which the caller was in fact behind, having guessed wrong about the other’s holding and as a result losing big pots. Watching the “hole cards up” delayed stream on EPT Live, viewers knew in each case that calling was the wrong choice, but for the players the decisions were obviously difficult ones.

Let’s highlight four of those big calls — the first two by Malec, the latter two by Reichenstein.

Call #1: “I Want to Call You So Bad”
Nearly 90 hands into heads-up play, Malec had seized the lead and was up close to 39 million versus Reichenstein’s 15 million.

Reichenstein raised from the button with {10-Clubs}{8-Hearts}, Malec called with {A-Hearts}{9-Spades}. Malec then check-called continuation bets from Reichenstein on both the {Q-Hearts}{9-Clubs}{4-Diamonds} flop and {2-Hearts} turn, bringing the pot to a little more than 9 million.

“We Are Both Heroes”: Big River Calls During Heads-Up in the EPT Barcelona Main Event 101
Sebastian Malec
The river was the {J-Clubs} to fill Reichenstein’s straight, and when checked to he jammed with his last 10.55 million.

Malec tanked for sometime, talking out loud the entire time. “I want to call you so bad,” said Malec. “This could be over like right now.”

Call #2: Malec Convinces Himself Again
About an hour later they were up to their 113th heads-up hand, with Malec having recovered to retake the lead.

Again Reichenstein raised the button, this time with {Q-Clubs}{4-Spades}, and Malec called with {K-Clubs}{J-Diamonds}. The flop and turn went similarly to the earlier hand, with Malec check-calling bets from Reichenstein as the board came {Q-Diamonds}{9-Spades}{4-Clubs} (giving Reichenstein two pair), then {2-Clubs}.

The {2-Diamonds} came on the river, and after Malec checked Reichenstein bet 6.8 million into the 11 million-chip pot. Again came a long, talkative tank from Malec who once more after concluded his strategy-filled monologue by calling. Reichenstein was back in front.

The river was the {9-Spades}, giving Malec trips. Reichenstein checked once more, then Malec made a big overbet by pushing all in with his last 9.6 million.

Unlike Malec, Reichenstein kept quiet as he thought through the hand, then finally called. Suddenly Malec was back in business.

Call #4: Malec Channels Scotty Nguyen; or, “You Call and It’s Over Baby”
A dozen hands after that, they were nearly even with Malec barely ahead when the final, dramatic hand took place — one that ended with yet another big call by the player with the lesser hand.

Malec limped with {A-Hearts}{3-Hearts}, Reichenstein checked with {10-Hearts}{9-Clubs}, and following a {J-Spades}{6-Hearts}{Q-Hearts} flop Reichenstein led for 800,000, Malec raised to 3 million, and Reichenstein called.

“We Are Both Heroes”: Big River Calls During Heads-Up in the EPT Barcelona Main Event 102
Uri Reichenstein
The {8-Hearts} on the turn suddenly made things interesting, simultaneously giving Malec a flush and Reichenstein a straight. The latter checked, Malec bet 5 million, and Reichenstein called, bringing the pot up to 17.4 million — just a little less than what each player had behind.

The {8-Diamonds} river card paired the board. Reichenstein checked, and Malec pushed all in. Reichenstein was barely covered, meaning a call would end the match — something Malec pointed out in his chatter as he walked about.

“I think I cover you, right?” asked Malec. “Yeah, so you call and it’s over baby… like Scotty Nguyen,” alluding to the famous finish of the the 1998 World Series Poker Main Event won by Nguyen.

Malec continued to talk, which Reichenstein correctly interpreted as showing strength. But he, too, had a very strong hand, especially for heads-up.

“I have a hand that’s impossible to fold, and everything you say makes it slightly possible,” said Reichenstein.

They continued their dialogue, and interestingly each named the other’s hand as very possible, with Reichenstein saying Malec could have a flush and Malec saying “I guess you have nine-ten or something.”

Finally Reichenstein called, Malec rushed back to the table to show his hand, and indeed, it was over baby.

“We Both Have to Be Heroes”
“I guess you’re gonna get the long match you wanted,” said Reichenstein with a wry grin just after Hand #3 above, the one in which he called Malec’s big overbet-shove when the latter had trips. “It’s already pretty long,” answered Malec.

“We take turns making bad hero calls and doubling the other person,” continued Reichenstein with a grin, and Malec laughed in response while nodding in agreement.

“You’re a hero, too, we both have to be heroes,” replied Malec, referring to how they’d managed to keep the match going. “We are both heroes.”

There were some common threads through all four hands described.

In each case, the callers had “bluff catchers” of varying strength, ranging from the king-high of Malec (in Call #2) to Reichenstein’s hard-to-fold straight (in Call #4).

However, in each hand it turned out the player betting big on the river had an especially strong hand that was within his range but relatively hidden. Reichenstein rivered a gutshot and flopped two pair, while Malec rivered trips and turned a flush (after having limped with an ace).

The callers didn’t necessarily discount those strong hands as being possible. But they ultimately thought other, weaker hands to be more likely.

Also worth noting, both players knew the other was capable of bluffing on those rivers, which also encouraged the calls. As Malec said during another, smaller hand between them when contemplating a river call, “You’re a tricky player… and you know that I’m tricky.”

It was a fascinating match to watch for a variety of reasons, including the strategy involved. Hear what a still-excited Malec had to say to Sarah Herring regarding his final table strategy including his thinking during the final hand: 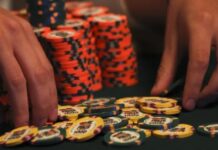