After four days of thrilling poker, Croatian player Ivan Banic has triumphed over a field of 851 entries in the 2016 WSOP Circuit Event Rozvadov. Banic beat Yehuda Cohen heads up at King’s Casino to take the WSOP Circuit Ring along with the €232,241 top prize and entrance to the season-culminating WSOP Global Casino Championship.

It was an amazing day of action by any standards, and it began like it ended – with drama.Stefan Drabert was not the short stack coming into play, but he was the first man out of the door. That was because Yehuda ‘Chikita’ Cohen managed to double up through him very early on, with two-pair beating top pair on the flop. 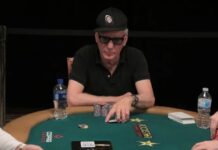 Montreal Nationals Starts Slow, But Finish On Top of the GPL... Priest Sentenced To Prison Sought To Get ‘Revenge’ On God For...