In New Jersey, the local chapter of the UNITE HERE trade union has reportedly agreed a deal with Hard Rock International that may see it become the official representative for employees at the American casino operator’s coming Hard Rock Hotel and Casino Atlantic City.

According to a report from The Press of Atlantic City newspaper, the neutrality card check arrangement inked by the Local 54 chapter of UNITE HERE will give it official bargaining agent status if a majority of workers at the Atlantic City venue sign an associated union membership card.

“Dealing with the management of the Hard Rock [Hotel and Casino Atlantic City] has been an absolute pleasure so far,” Bob McDevitt, President for the Local 54 branch of UNITE HERE, reportedly told the newspaper. “They understand how the Atlantic City market works.”

The Hard Rock Hotel and Casino Atlantic City was formerly known as the Trump Taj Mahal Casino Resort until its closure in 2016 following a labor dispute between the Local 54 branch of UNITE HERE and billionaire property developer Carl Icahn concerning the removal of pension and health care benefits. The 2,000-room venue was subsequently purchased for $50 million by an entity known as Boardwalk 1000, which consists of Hard Rock International alongside private investors Jack Morris and Joe Jingoli, and is expected to re-open for business this summer following the completion of a $500 million makeover. Matt Harkness, President for the Hard Rock Hotel and Casino Atlantic City, reportedly told The Press of Atlantic City that the deal is set to grant the Local 54 branch representational rights at the Boardwalk property without first needing to conduct a National Labor Relations Board election.

“Assuming that Local 54 is successful in obtaining the appropriate number of cards from our employees here at the Hard Rock Hotel and Casino Atlantic City, we look forward to a long and productive relationship with Local 54,” Harkness reportedly told the newspaper. “We are confident the collaboration will help us achieve a successful entry into the Atlantic City market.”

The Press of Atlantic City reported that the Hard Rock Hotel and Casino Atlantic City expects to employ approximately 3,000 people once open and is set to offer a wide range of amenities including a casino featuring about 2,400 slot machines as well as some 130 gaming tables. Phil Ivey and Kelly Sun Push Back Against Borgata $15.5 Million... 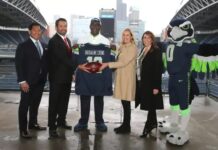 Pokerstars is rebranding and reshaping its live events and most players...

Daniel Negreanu Gives Thanks For A Front Row Seat