The 2017 World Series of Poker Europe €1,650 pot-limit Omaha eight-or-better event finished up just a few days ago, with 92 players competing. In the end, it was Chris Ferguson who earned the first-place win, taking home his 6th career gold bracelet and €39,289 in the process. King’s Casino Rozvadov played host to this and many other WSOPE events.

Ferguson is a poker pro who is back on the scene after a hiatus. During the poker boom years ago, Ferguson was a well-known pro with the nickname ‘Jesus’. As a board member of Full Tilt Poker, once Black Friday took place, Ferguson took a break from the game for a five-year time frame. He came back on the scene in 2016 and was able to see success in poker gaming once again including in the WSOPE and WSOP.

During this event, Ferguson was 8th in chips during the final day of play when only 18 competitors remained. Once the field narrowed down to the final table, the pro was able to hang on and eventually gain headway. He would eliminate Rex Clinkscales in 5th as well as Eldert Soer in 4th and Stanislav Wright in 3rd. He would then gain the chip lead to take on Stanislav Wright in heads-up play.

Down 4 to 1 in chips, Wright would not be able to recover during the heads-up round. On the final hand, the flop fell 8-6-4 with both players all-in. Ferguson was holding A-10-8-3 while Wright showed A-5-4-2. The turn brought a 2 of diamonds and the river a five of hearts. Ferguson was the winner and Wright would have to settle for second place. 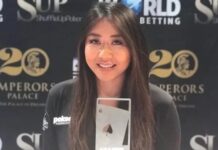 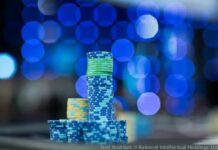