The long dormant Atlantic Club Casino Hotel in Atlantic City may have a buyer, according to a report by The Press of Atlantic City. Dale Schooley, directory of TJM Properties, told The Press that his company is waiting on the “hard money” portion of the deal before things can be finalized. He would not say who the potential buyer is, but he believes that piece TJM is waiting for will arrive later in the week.

The Atlantic Club closed on January 13th, 2014, the first in a string of Atlantic City casino shutdowns over the next few years. It has just been sitting there, crumbling on the south end of the Boardwalk ever since. Just a couple weeks ago, part of the covered entrance collapsed on the driveway.

The casino does have an owner – it is not just a big eyesore that belongs to nobody – it’s just that the company that owns it, TJM Properties, does nothing with it. The casino went into bankruptcy in 2013 and almost hilariously, received no bids during a two-day auction period. An offer was finally entered by Caesars Entertainment Operating Co. and Tropicana Atlantic City Corp, who jointly bought it for $23.4 million and then promptly shut it down.

Tropicana paid $8 of that price and took all of the slot machines and table games. Caesars received the property itself and then sold it to TJM in May 2014 for $13.5 million. Though that is $1.5 million less than what Caesars paid for it, Caesars may not have taken a loss, as it grabbed other assets of the property and divided them among its other Atlantic City properties. 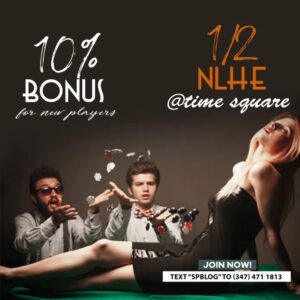 It very easily could have not come to this, as in 2012, PokerStars’ former parent company, Rational Group had a deal with Colony Partners, the Atlantic Club’s owner at the time, to buy the casino and hotel for $15 million. The plan was to spruce it up and continue operating it as a way for PokerStars to gain entry into the U.S. gambling market ahead of New Jersey online gambling regulation. Rational was reportedly going to inject $4 million into the poker room alone. But Colony Partners backed out of the deal, somehow legally taking Rational’s $11 million deposit in the process.

Since TJM has owned the Atlantic Club, there have been other deals that nearly happened. Pennsylvania’s Endeavor Property Group came close to buying it, but the deal fell through in early 2016 when the company said it needed more time to gather up the money. In April of this year, a local developer wanted to turn the property into a water park, but obviously that deal broke down.

It is unknown, at least to anyone outside of TJM, what will happen with the Atlantic Club once it is sold. Atlantic City Mayor Don Guardian told The Press, “Some people say if they buy the Atlantic Club, they might bulldoze it because they don’t feel/think it’s worth it. Everyone wants to save the garage; some people want to save the tower that was built. While others said it just needs some TLC.”

Seven Deadly Sins of Poker — How Many Are You Guilty... 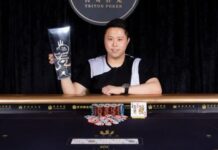 The Order Of Poker Hands Ranking